Kinship caregivers are some of our state’s most important resources.

These families are sharing their stories to help other families know what to expect and see how valuable their caregiving can be. 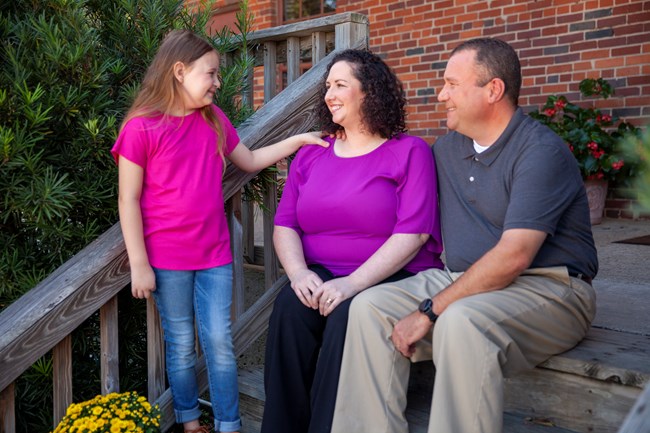 “People say all the time, ‘Oh you’re a saint. You’re so good for what you’re doing.’ I’m not a saint. I’m a person taking care of my family.” – Sarah Walker

Sarah and Larry Walker would both agree—life comes at you fast. “One day we got a phone call,” Larry says. “Two days later, we were at the courthouse, and from then on we were parents in just about every sense of the word.” The Walkers were settling into their roles as aunt and uncle with no plans on having children of their own when they received a call from SCDSS. Their three nieces were in emergency protective custody and needed a safe, permanent home. The Walkers were prepared to take the oldest, nine years old, and helped organize a home for her sisters with a family in their church. “It’s fun at first,” Sarah says. “It’s like, woo it’s a vacation! Then after a few days it’s like—wait a minute. This is real.” Their niece’s sudden arrival meant the Walkers had to transition from “fun” aunt and uncle to kinship foster parents practically overnight. Luckily, DSS was there to connect the Walkers with resources, parenting courses, and a welcoming community of fellow caregivers. “Everyone in our classes was so cool,” Sarah says. “It was nice to talk with people in different stages of the process.” Most of all, Sarah and Larry relied on each other. Working together helped them address their niece’s anxiety and behavioral issues. Within a year, she was doing well in therapy and making straight A’s. “We definitely improved our communication skills,” Larry says. “We’ve learned to coordinate our schedules—taking care of the house, making sure our niece is where she needs to be. It’s brought us a lot closer together.” 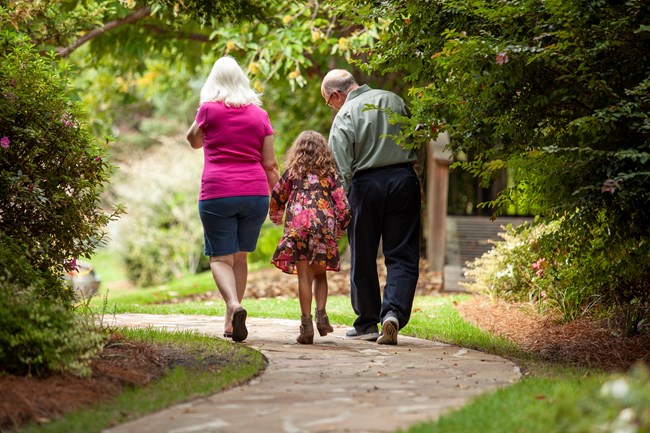 “We were not planning on having a child when we were in our fifties and sixties. But we felt like we could do it, and we knew it needed to be done.”– Daryl McCulley

When Daryl McCulley and his wife began taking care of their granddaughter, they were worried they weren’t prepared. “She came to us, and I was hesitant,” Daryl says. “I didn’t know that this was a good thing for my wife and me.” In their fifties, each with adult children from previous marriages, Daryl and Joan never expected they’d raise a child together. Even after they took in their nine-month-old granddaughter, Vanessa, they didn’t think it would be permanent. “I told my children this was a temporary thing,” Daryl says. “I wasn’t naïve enough to think that we could raise this child to adulthood. A year later, I realized I was naïve. I realized that she was going to stay with us.” Vanessa is now nine years old. Daryl and Joan have adopted her. The journey hasn’t always been easy. They’ve had to navigate the courts of several states, invest a lot of money and time, and manage Vanessa’s relationship with her parents. But Vanessa is growing up in a loving, healthy home. She’s a bright, happy child with a love of theater and performance. For Daryl, seeing his granddaughter succeed and thrive has made all their sacrifices worth it. “In a few more years, not that far off, Vanessa will be an adult and out of the house, and I hope to be able to help others based on the experiences I’ve had,” Daryl says. “I think anybody who can be a Kinship Caregiver should be a Kinship Caregiver.” 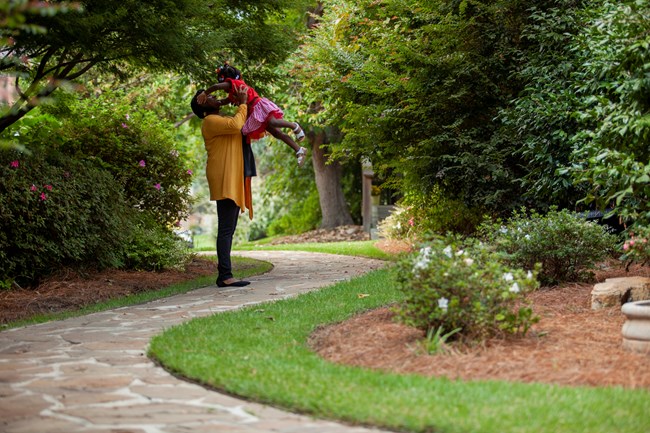 “It’s like I’m getting a second chance to be a parent, to show my grands a different way, a better way.” - Leslie Gore

Leslie Gore always thought she’d move heaven and earth to protect her family. When a court decided she should care for her one-year-old granddaughter, her conviction was put to the test. Within months, Leslie had opened her private life to inspection, she’d returned to the classroom, and she’d become a new mother. To get licensed as a Kinship Foster Parent, Leslie first had to prove to foster care officials that her home was prepared for an infant. “It was really difficult to make my private life public,” Leslie says. “I’m not on social media. I have a small circle. But when it came up that my granddaughter was in DSS custody, I was like, okay, forget about private life. It’s about what’s best for the child now.” To stay licensed, Leslie had to attend parenting classes, which helped her connect with other kinship caregivers and foster parents. “Some ladies were raising their grandkids and others [had] never had kids of their own and then adopted,” Leslie says. “Then there were a lot of people that were once foster kids themselves. When they told their stories, it was just like, wow.” With DSS case managers and Kinship Coordinators guiding her to resources, Leslie has found that she can meet the challenge. Her granddaughter is still young, and Leslie still has to manage troubles with her own children, but the future is bright  “It was difficult at first, but I put my feelings to the side,” Leslie says. “Whatever it takes to get my granddaughter in a safe place with someone who loves her. Starting over as a parent? I’ll do it again.” 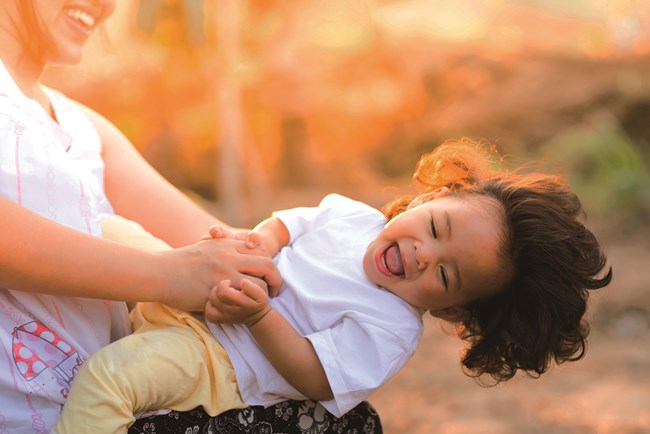 “The change in her since she came into our care is miraculous. To see her smiles and her new accomplishments makes it all worth it.” - Kim Hall

One of Kim Hall’s employees came to her and told her that his young granddaughter, who sometimes came to play at the workplace, was about to be put into foster care. He asked, “Could you take her? You’re not a stranger to her.” Kim talked to her two boys at home and they all agreed; they had been asked to help, and help they would. Kim had just become a Kinship Caregiver, specifically what’s known as “fictive kin.” Fictive kin are people who aren’t related by blood or marriage to a child but who have a meaningful emotional connection with them. The 6-year-old arrived in a state that was painful for Kim and her family to see. Years of neglect had left her with decayed baby teeth, matted hair, and great anxiety. Due to emotional trauma, Kim had to find a calm, gentle way to teach her good behaviors in her new home. Kim worked with DSS to find all of the resources the child urgently needed—health care, dental care, and therapy for her emotional and behavioral issues. As hard as leaving her family was, the child was less afraid in her new home because Kim was familiar and a kind presence in her life. As the months passed and the child got the care and love she needed, she began to bloom. Kim remains a Kinship Caregiver and plans to care for this child as long as she’s needed. “It’s been so rewarding to be able to give her what she needs. I have a heart for kids and this has brought so much meaning to our lives.”

Best Outcomes for Children and Families

Do you have a complaint regarding services being provided to a child by a state agency? Please submit your complaint by phone (1-800-206-1957) or an electronic submission form here with the South Carolina Department of Children's Advocacy.